10 Things I Love About California

There is no where else quite like California. This is one of the places, or maybe the only place on earth, where you can go surfing, skiing, and riding a dirt bikes in the desert in one day. The only thing that California doesn’t have is…actually, I cannot think of any because it has everything! Although we do complain about the horrible traffic, smog, and occasional earthquakes, I have to say that California is pretty awesome.

Here's a list of what I think are the 10 great things about California:

Pacific Coast Highway is rated as one of the most beautiful drives in the world. This road that runs from Northern to Southern California should be on everyone’s road trip list. California coastline is extremely diverse and will take you through 3 great cities, LA, San Francisco, and San Diego. No one in California lives too far away from the beach!

If there’s one stereotype that is quite true about California, it has to be the weather. It is almost always sunny and beautiful even during the winter. As we watch other states suffer heavy rain or snow storm in January, many of us are out hitting the beach or hiking the mountains.

3. Home of the applications and most of your movie collections

Yes, we are the home of the world’s largest search engine and number one social media. Yelp, Google, Twitter, Facebook, Apple, and many other tech companies are located in Northern California. What causes such a big concentration of awesome companies that make cool apps in one state? Well, beside the fact that California is awesome, we also have great universities that graduate talented people every year. From USC, UCLA, Standford, Berkeley, and Chapman, some of the best talents and entrepreneurs are already in California.

Los Angeles may be one of the most populous cities in the country, but with millions of acres of wilderness, California also has plenty of green spaces. Sequoia & Kings Canyon, Redwoods, Death Valley, and Yosemite are some of the most visited national parks in the country. One of the best thing about living in California is how easily access these amazing wilderness places is. Within a couple of hours drive from big cities like LA, San Francisco, and San Diego, you will find yourself surrounded by big trees and tall mountains.

5. So many strange things

We’re not sure why California is not listed as the weirdest state on the Guinness Book of World Records. There are hundreds of abandoned mines, a Bunny Museum in LA, a Banana Museum near San Diego, Dragon Sculptures on the desert, a Bottle Tree Ranch on Route 66, and endless of off beat places for you to visit.

6. Who said it doesn’t snow in California?

Yes, we are not covered in 50 feet of snow in January and our fountains don’t turn into iceskating rink, but there’s plenty of snow in California. Californias are made fun of for not getting the full winter experience. We do, most us just have to drive for an hour to experience it. Well, we say who wants to dig themselves out of their home and jump start their cars every morning? We have the convenience of not having to carry tire chains everywhere. However, if we ever want to play in the snow, the nearest mountain is an hour away!

7. We have the entire world here… literally

San Francisco, Vallejo-Fairfield, and Stockton are the top 3 most diverse cities in the country, and they are all in California. LA is the home to the largest Thai Town, Little Toyko, Little Ethiopia, and San Francisco has the biggest China Town. This beautiful state may be one of the only few places where you never have to leave to experience every other culture.

8. One new dish every day

The biggest perk of living in a very diverse place definitely has to be the sheer variety of restaurants. You can have one new dish every single day for the rest of your life. There is nothing like grabbing warm bread from a French Bakery for breakfast, eat delicious Thai food for lunch, and finish off the day with Korean BBQ before hitting an Italian desert place on the way home!

Although we can indulge our tummy with great delicious food everyday, sometimes, Californians just want juicy and cheesy burgers! In-N-Out is not just a burger joint. It’s a culture. Although the burger chain has most of its stores in California and a few in Nevada and other nearby states, its popularity is global and some may even consider In-N-Out a tourist attraction on the same level as the Hollywood Sign or Griffith Park! If there’s one thing that every Californian agrees on its the fact that In-N-Out is awesome.

With great weather, beautiful beaches, delicious food, and amazing places to travel and get inspired, California is the birthplace of many awesome bands like the Beach Boys, Red Hot Chili peppers, No Doubt, and so many more. These bands have toured to many countries and expanded their love for California around the globe. You can always find some live music around town.

Natural Relief For Anger and Anxiety 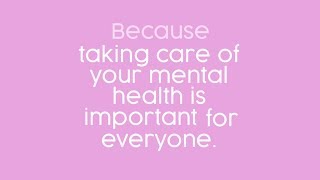 How do Essential Oils Work? It's Simple Chemistry!

Feeling a Little Off Kilter?

What is Adrenal Fatigue Syndrome?